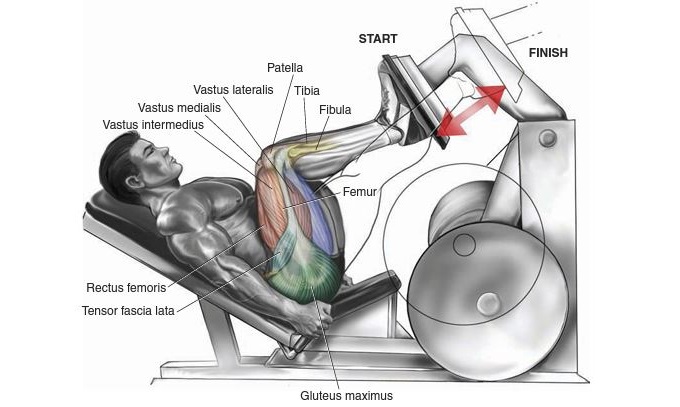 Squats are often called the “mother” of all exercises, and for good reason. Leg squats put the whole body to the test, and in longer sets, blood circulation and the respiratory system also get their share.

The squat, in different versions and in different variations, belongs to the following sports, such as Olympic lifting, Weightlifting, push and pull, CrossFit, Powerlifting, Strongman sports and Fitness sports and bodybuilding.

Performed in this way, the leg squat activates the front and back of the thighs and the lower back. Even though one might assume that when performed in this way, the leg squat is dangerous for the knees, the truth is different. Short, overweight squats performed in a partial range of motion are more dangerous in the long run because they do not activate and thus develop the thigh muscles evenly, including the knee joints, but are more based on balancing with too much weight at the largest possible joint angles. One of the best, if not the best, leg squat technique is called HIT, i.e., leg squat performed with high intensity training technique, where the movement is performed slowly and controlled going down while braking and going up calmly. You don’t rest in the upper position, but the movement continues until the positive end.

So how about the leg press? Is it an ego trip or a real workout?

Many variations can be done with the leg press, such as with two legs at different widths and holding the feet at different heights. You can also get a good isolation feeling with one leg leg press, where one leg rests while doing the other and this is done with the actual set weight without changing weights without breaks for 3 – 5 longer sets in one tube.

Which is better – leg press or deep squat?

If you can do a deep leg squat, even with an empty bar, then start training leg squats, then you will get a more versatile benefit from it for the whole body and surprisingly, the muscles of the upper body will also get stronger, and you will also notice that your bench press results will improve thanks to the growing general strength.

You get the best benefit from the leg press when you use it as an additional exercise for bodybuilding and fitness sports.

With the leg press, it is possible to gain muscle mass faster than the leg squat due to its insulating effect. In other words, a significantly larger load can be used compared to the deep squat.